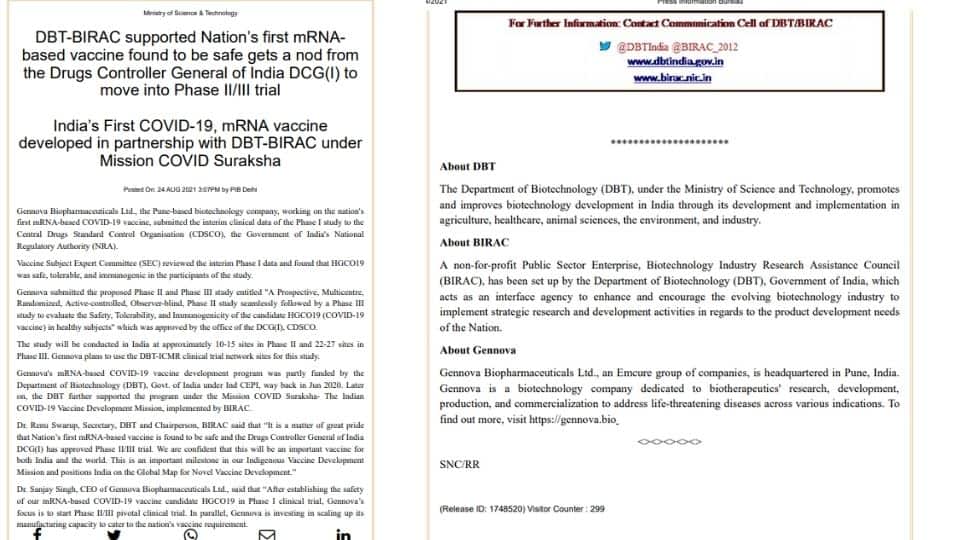 Government authorities have also approved further studies to test the vaccine`s efficacy in a larger population. Gennova plans to conduct a mid-stage study at about 10 to 15 sites and a late-stage trial at 22 to 27 sites in India.

The company`s vaccine development, partly funded by the government, will utilize the clinical trial network under the biotechnology department of the Ministry of Science and Technology.

Gennova is also investing in scaling up its vaccine manufacturing capacity, the government statement added.