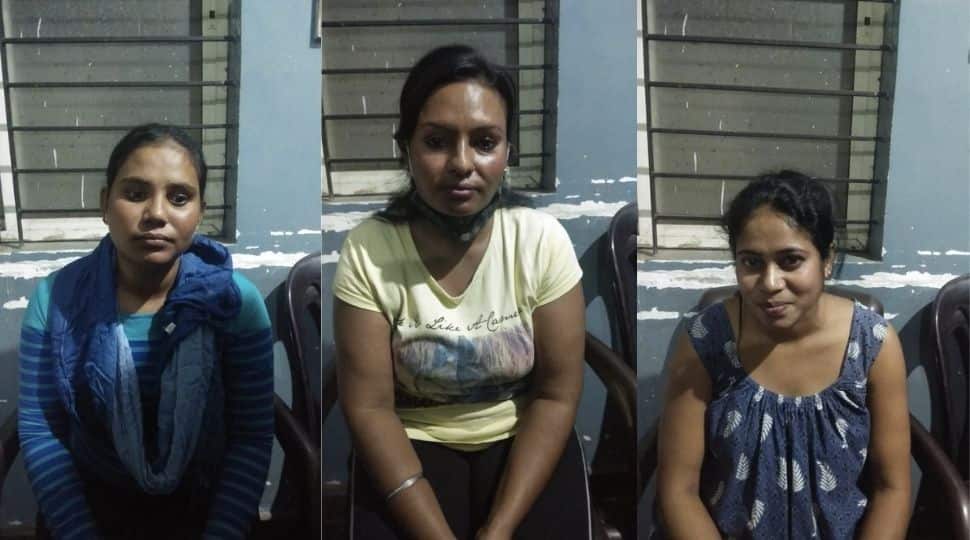 Continuing the operation, seven other females (suspected Bangladeshi nationals) were apprehended from Soumya PG, 2nd Cross, Vinayaka Nagar, HSR Layout 6th Stage, Bengaluru (HSR Layout PS limits) and taken into custody by HSR Layout PS authorities. During brief preliminary questioning, it was found that the majority of those apprehended had Bangladeshi contact numbers saved on their mobile handsets and claimed to be natives of Kolkata, but possessed Aadhaar Cards issued from Mumbai and Gujarat.

According to Banaswadi PS authorities, all eight individuals apprehended from the PG in Banaswadi have admitted to be natives of Bangladesh and provided their addresses in Bangladesh. Identity documents of the apprehended proving their identity are with the jurisdictional Police.

Detailed questioning of the apprehended individuals is proposed to be undertaken in due course, after Police formalities are completed, to ascertain more details including any other activity/angle (narcotics, weapons or communal angle).