New Delhi: After a long wait, the Money Heist was released on Friday on Netflix sending its fans into a tizzy who have been waiting eagerly to get catch the latest installment. Fans were glued to their screens watching the first part of the recently released Season 5. Not to miss this opportunity, the Mumbai Police put a video of their band ‘Khaki Studio’ performing a rendition of the famous song ‘Bella Ciao’.

The Mumbai Police, who has always kept with the top trends and vowed netizens with its wit and humour – shared the video of the Khaki Band performing on Bella Ciao on its official Twitter handle. Interestingly it first put out a 63-second video of the rehearsals like a teaser before releasing the full performance.

The caption read: “Liked the trailer of #BellaCiao this morning? You will surely love the bigger picture! Afterall, Khaki makes everything even better. “

Liked the trailer of #BellaCiao this morning? You will surely love the bigger picture!

The second video which more than 2-minutes long is a wonderful rendition of the Bella Ciao song which is an Italian farmer’s protest song. It was made popular by the Sapanish show La Casa De Papel also known as Money Heist.

The video has left the fans mighty impressed who are going gaga over the performance. It even attracted the Netflix India’s Twitter account.

Here’s how that went:

We always love a well-coordinated plan 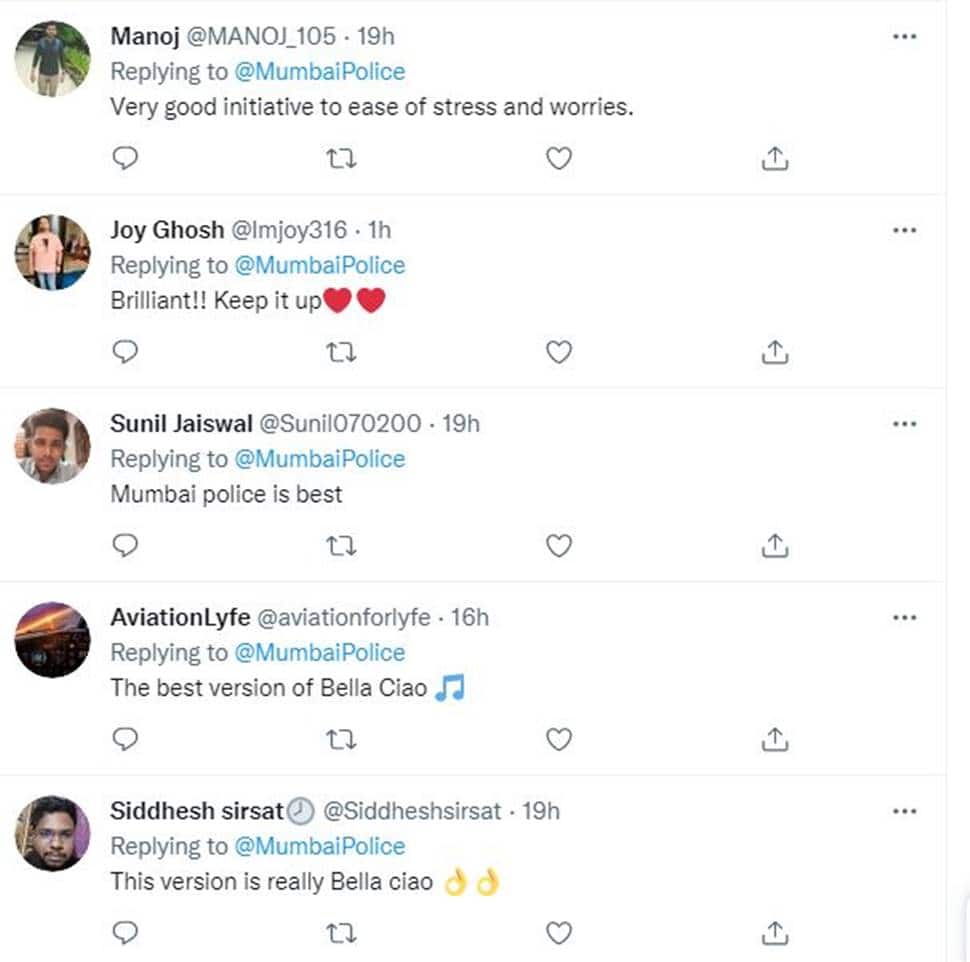 Its latest season has been realeased sending netizens into a meltdown. The series stars Ursula Corbero, Alvaro Morte, Itziar Ituno, Pedro Alonso, Miguel Herran and others.