New Delhi: AICC chief Sonia Gandhi on Sunday (July 18) announced the appointment of Navjot Singh Sidhu as the President of the Punjab Pradesh Congress Committee with immediate effect. Issuing a party release, the cricketer-turned-politician has been named as the new chief of the state unit.

The decision comes after a slew of meetings Congress high command held with Sidhu and Punjab chief minster Amarinder Singh, both have been at loggerheads for some time now. 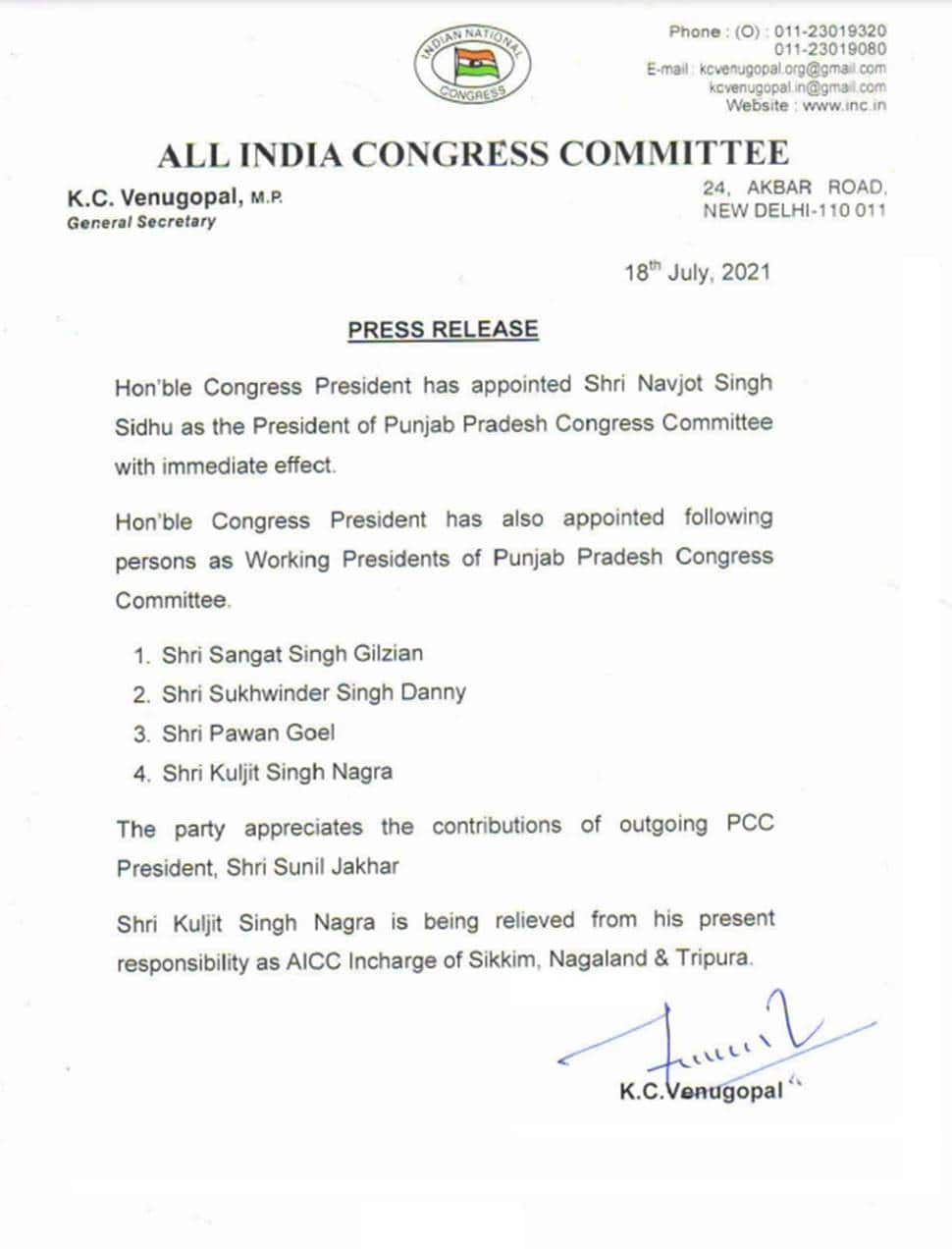 Sidhu, who was a part of Amarinder Singh’s cabinet but had resigned after his portfolio was changed in 2019, has been critical of Amarinder Singh over many issues including his handling of 2015 sacrilege incidents and subsequent firings.

Earlier, several Congress MPs sought an appointment with Sonia Gandhi to convey a message that the majority of them were of the view that Navjot Singh Sidhu should not be appointed as the state party chief. Congress MPs from both Houses met on Sunday afternoon at Rajya Sabha member Pratap Singh Bajwa`s residence to discuss the likely move to appoint Sidhu as the state Congress chief, sources said.

The Congress had been making efforts to resolve the infighting as the state will go to polls next year.

Amid hostilities, Assam government warns its people against travelling to Mizoram