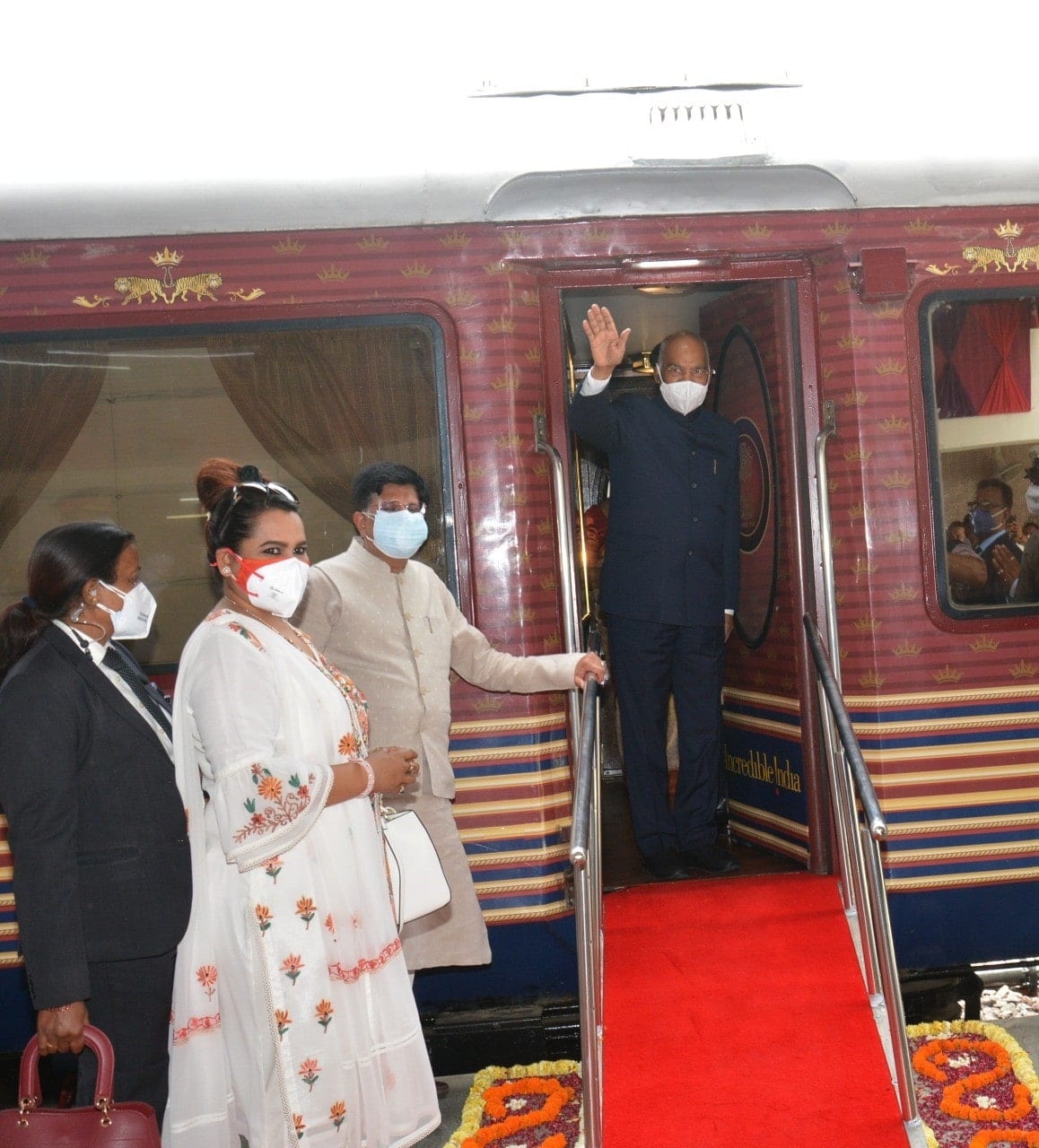 The service of the Presidential Saloon which was in use since independence had been discontinued on the instructions of the President itself. This helped Railways to save crores of rupees annually utilized in the making and maintenance of the Saloon.

Railways had requested the President to travel by the people’s transport. Special train service was run for his excellency to travel from Delhi to his native village.

The special Presidential Train will make two stop-overs, at Jhinjhak and Rura of Kanpur Dehat, where the President will interact with people known to him. On June 28, the President will board the train at Kanpur Central railway station to reach Lucknow for his two-day visit to the state capital. On June 29, he will return to New Delhi.

Railway Minister Piyush Goyal, Chairman and CEO of Railway Board Suneet Sharma, General Manager Northern Railway, Ashutosh Gangal, Divisional Railway Manager, Delhi Division SC Jain and other senior officials of  Railway Board and Northern Railway were present at the station on this occasion.

DNA Exclusive: All about violence between Assam and Mizoram, and genesis of 150-year-old border dispute

Pakistan based Lashkar-e-Taiba shifting base into the country, Afghan govt tells India

JEE Advanced 2021 to be held on October 3: Dharmendra Pradhan